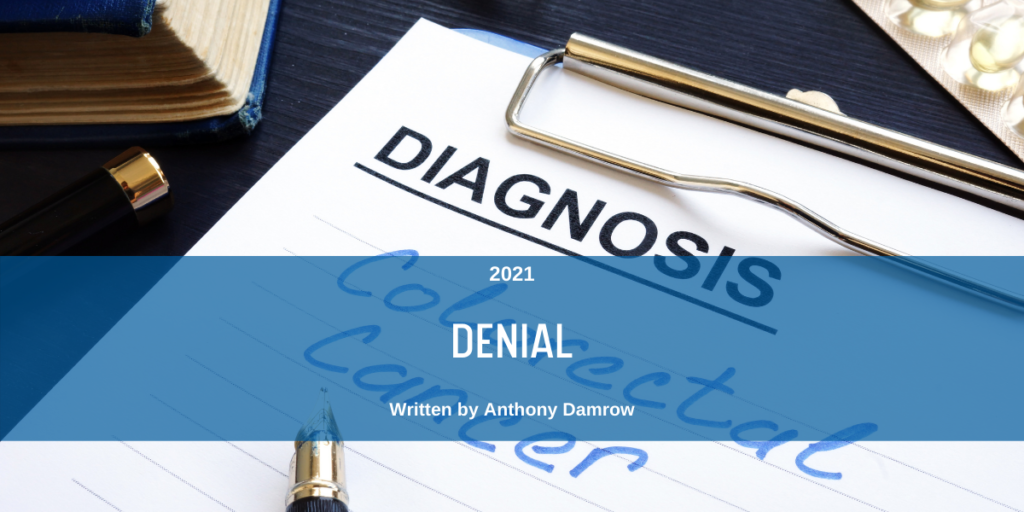 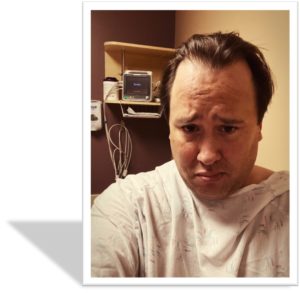 “It’s probably just a hemorrhoid,” my primary care physician said in response to my concern that there had been some blood in my stool. “Don’t worry about it. See you next year!” Luckily, I continued to press the matter and he agreed to order a colonoscopy.

I remember waking up in the recovery room. I was in that state of half-awake and half-asleep. “Hey Doc, did everything go OK?” I asked.

“Not exactly. We, uhhh… we found something,” he replied. “Your mom will be here shortly.”

But seriously, what was it? I have a couple of friends that have Crohn’s disease, so I wonder if I had that. That would be awful!

“Cancer. You have Cancer,” the doctor said once my mom arrived.

“How do you know? I mean, don’t you need to test it or something? I’m only 42,” I said with nervous laughter.

“Because this is all I do,” the doctor replied. “I know cancer when I see it.”

I later learned that during the procedure the doctor discovered a 4-5 cm mass (roughly the size of a golf ball). Believing it to be cancerous, he took a biopsy. Confirmation came two days later. At 42 years old, the doctor told me I had Stage 3 Colon Cancer. 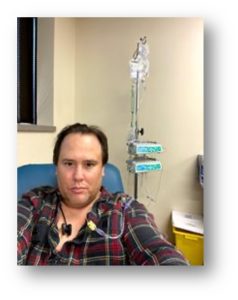 One week later, after the initial shock finally started to wear off, I underwent a colon resection. Roughly 12 inches of my colon was removed.

A couple months later I learned that the cancer had spread to my liver. Not only did that upgrade the stage from 3 to 4, it also meant more surgery. A liver resection.

The doctor removed about one third of my liver. He seemed confident that he had removed all of the cancer and contained the spread. I still needed to undergo chemotherapy though, but for all intents and purposes, I was cancer free!

Now add in a global pandemic, a very active 3-year-old child, and full-time employment on top of this. I was very lucky that I worked for a company that gave me all the time off needed to rest and recover.

The weekends after chemotherapy were always the worst. Lukas (now 4) was very understanding on the days that “Papa was sick,” and he also encouraged me to get up out of bed and keep active. 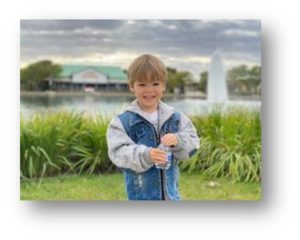 “You wanna go for a walk Papa?” Lukas would ask me excitedly. I rarely, if ever, said “no.”

We must’ve taken over a hundred walks together that summer. The laughter didn’t stop until the walk was over. There really wasn’t much else we could do. We took COVID-19 very seriously because I was immunocompromised and lived with a toddler with kidney disease and my mother who was over the age of 65. We weren’t taking any chances.

According to the American Cancer Society, some of the symptoms of colorectal cancer include:

I had a few of these symptoms, but many do not experience any symptoms. This is why colorectal cancer is often referred to as “The Silent Killer.” That is also why it is so important to get checked out even if you aren’t experiencing any symptoms.

Don’t let embarrassment, age, or stigma prevent you from getting a colonoscopy. As a result, putting it off could cost you your life. Had I waited another year or two, surgery may not have been an option for me.

According to the Centers for Disease Control and Prevention (CDC), anyone ages 50 to 75 should be screened for colorectal cancer. These screenings may include stool tests (gFOBT, FIT or FIT-DNA), flexible sigmoidoscopy, colonoscopy or CT colonography. Talk to your doctor about which screening test is right for you.

The CDC further outlines that screening may need to begin prior to that age of 50 if you: