Almost 200 cancer professionals and advocates came together in Ankeny on October 25th for the annual Iowa Cancer Summit. Among them were the recipients of three awards, given out every year by the Iowa Cancer Consortium to people who have worked to reduce the burden of cancer in the state. 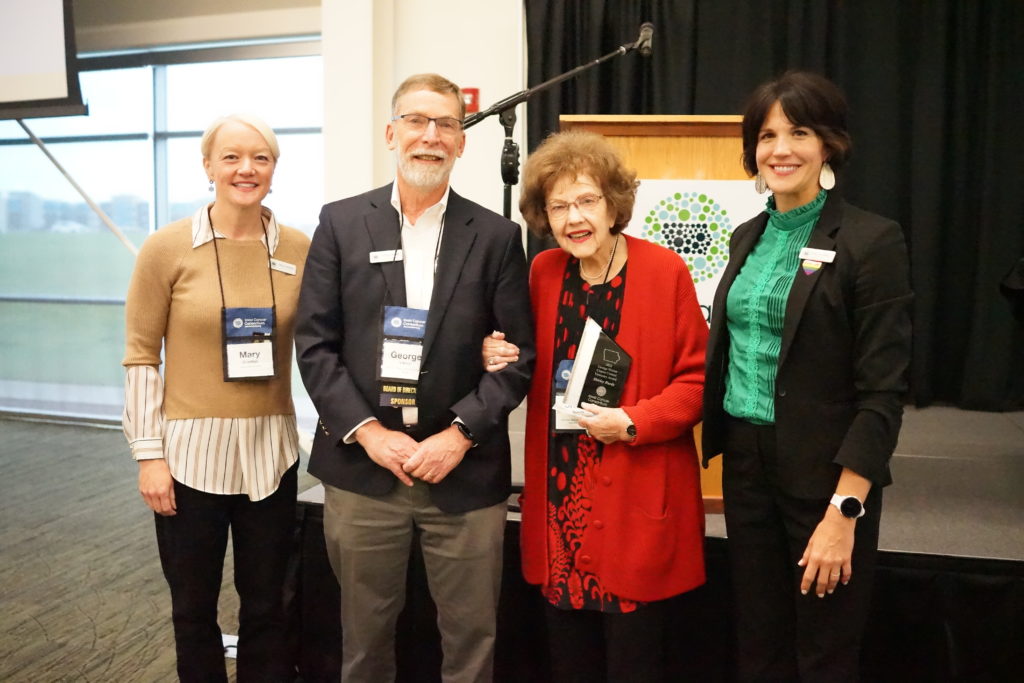 Retired Gazette columnist and three-time cancer survivor Shirley Ruedy accepted the inaugural George Weiner Cancer Control Visionary Award for her tireless efforts to raise awareness and share credible cancer advice in her bi-weekly column that ran for 16 years. After two different editors told her “No,” Mrs. Ruedy persisted and eventually published over 400 columns relating to cancer. Through her writing, which has been compiled in a book titled “Finally, A Manual on How to Handle Cancer,” Mrs. Ruedy no doubt saved hundreds of lives by encouraging readers to get screened for cancer. 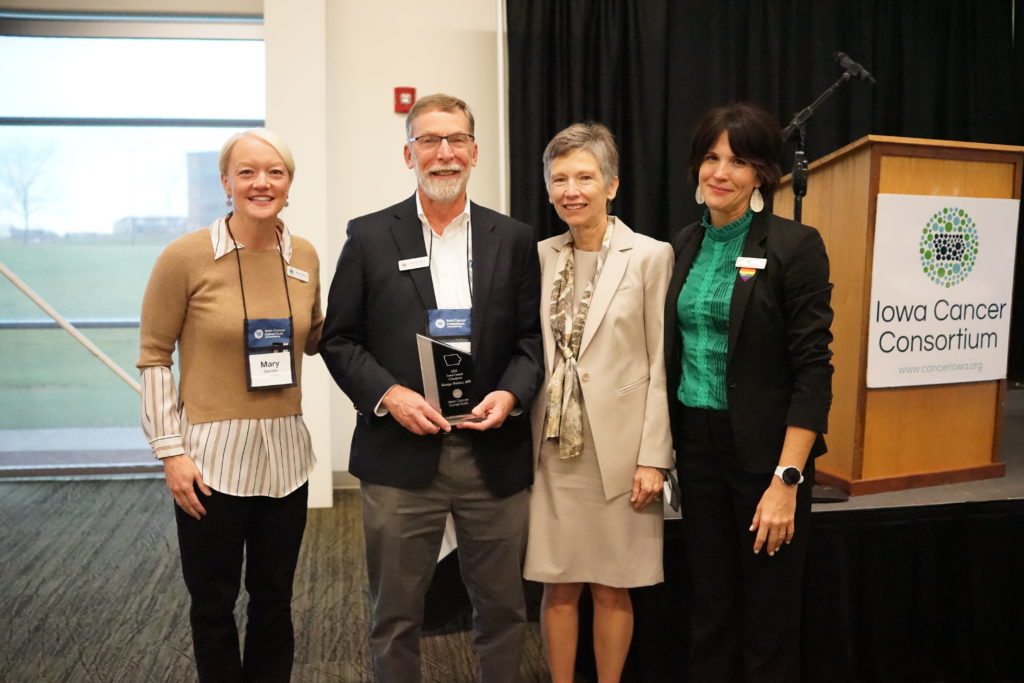 Dr. George Weiner, namesake of the Cancer Control Visionary Award, longtime friend of Mrs. Ruedy’s, and director of the University of Iowa Holden Comprehensive Cancer Center, received the Iowa Cancer Champion Award for his decades-long contribution to cancer research and control in Iowa, including 20 years of service as president of the Iowa Cancer Consortium.

“There is no one in the state of Iowa who has done more to elevate cancer care in Iowa than Dr. Weiner” said Dr. Richard Deming, medical director of the MercyOne Richard Deming Cancer Center and vice president of the Iowa Cancer Consortium.

“For the past 20 years, Dr. Weiner has played an integral role in the creation and growth of the Iowa Cancer Consortium which now includes over 500 individuals and organizations working together to reduce the burden of cancer in Iowa,” said Dr. Mary Charlton, director of the Iowa Cancer Registry and current president of the Iowa Cancer Consortium. “He also led the Holden Comprehensive Cancer Center in becoming a National Cancer Institute (NCI) Designated Comprehensive Cancer Center in 2000, an important status which brings substantial cancer research funds and infrastructure to Iowa.” 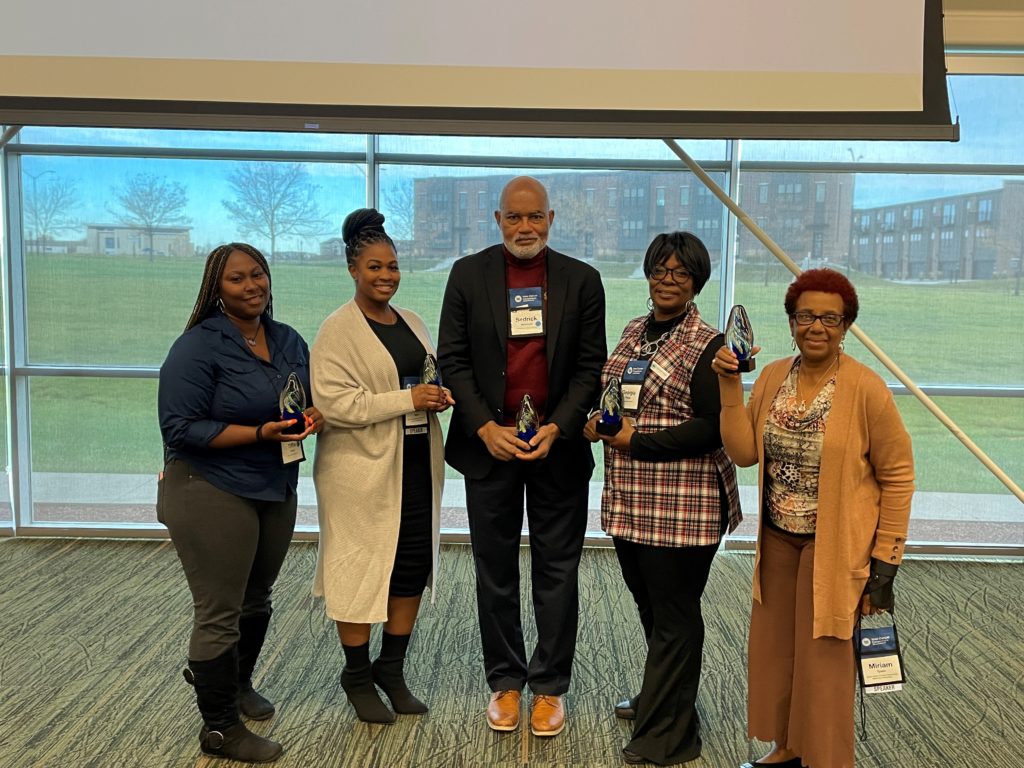 A community group that came together because of the Holden Comprehensive Cancer Center and the Iowa Cancer Consortium won the Spirit of Collaboration Award. Nine Iowans comprise the Black Hawk County Community Steering Committee – a group that focuses on reducing cancer health disparities in the Black/African American community in Black Hawk County, Iowa.

Speaking of the Black Hawk County Community Steering Committee, Dr. Natoshia Askelson of the University of Iowa said, “They are eager to continue to build relationships and sincerely recognize that collaboration is key to tackle health disparities in our state.”

The Iowa Cancer Summit is Iowa’s only conference dedicated to comprehensive cancer control.