2020 ACS CAN Iowa Day at the Capitol Recap 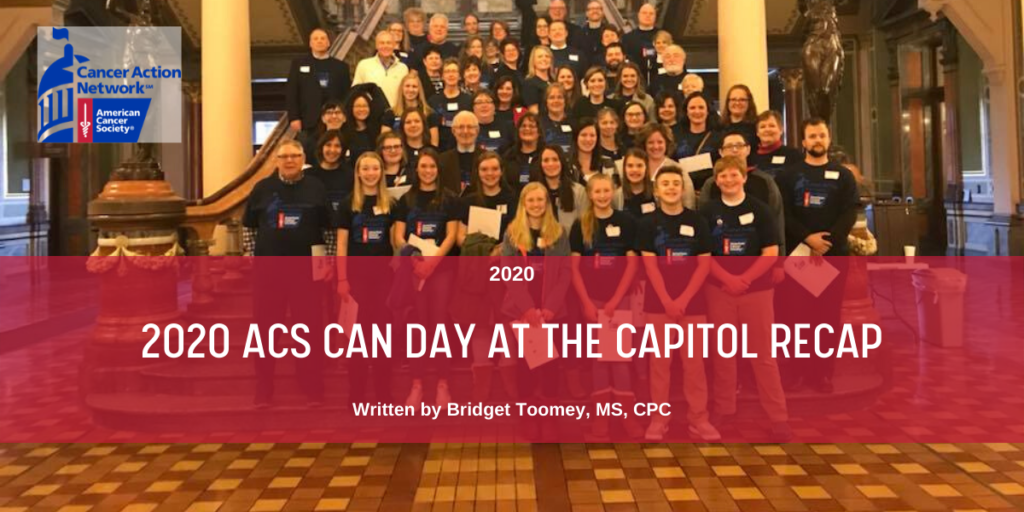 On Wednesday February 5, 2020, 75 advocates took to the steps of the Iowa State Capitol to speak to their representatives about cancer policy. Advocates, including many Iowa Cancer Consortium members, came from around the state to team up with the American Cancer Society Cancer Action Network (ACS CAN), the advocacy arm of the American Cancer Society (ACS). For this year’s Day at the Capitol event, the advocates had three asks: include e-cigarettes in the definition of a tobacco product, to increase Iowa’s tobacco tax, and to increase funding towards tobacco prevention. 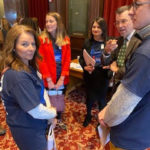 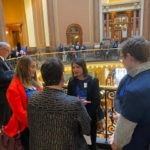 The state’s cigarette tax has not been raised since 2007 and has now fallen behind other states. In the U.S., Iowa currently ranks 30th for tobacco taxes with the current tax rate at just $1.36 per pack, compared to the national average of $1.812. The ask of the ACS CAN is to increase the tobacco tax to by $1.50 on all tobacco products, including e-cigarettes. Current Iowa tax on tobacco products is $1.36. Statistics show this increase would result in $664.83 million in long-term health care cost savings from adult and youth smoking declines, 16.5% decrease in youth (under age 18) smoking, and $96.08 million projected annual revenue from $1.50/pack increase.

In addition to busy day at the capitol, ACS CAN took time to honor several outstanding advocates of 2019. Four of these awards were given to Iowa Cancer Consortium members!